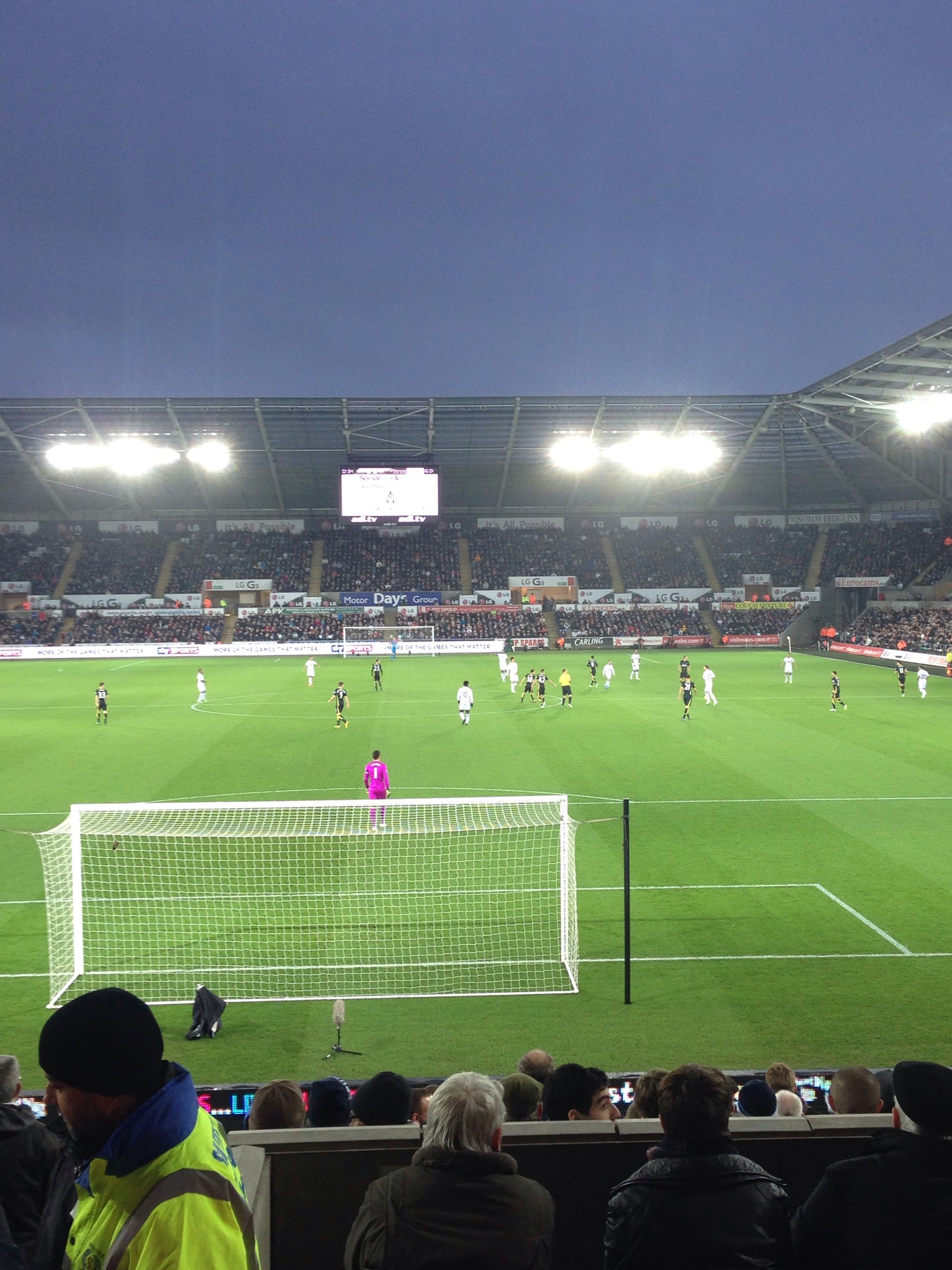 Christian Eriksen delivered another late winner as Tottenham stunned Swansea with a 2-1 victory at the Liberty Stadium.

The Danish playmaker decided Tottenham’s trip to Hull three weeks ago and he repeated the feat with an 89th-minute strike by driving low inside Gerhard Tremmel’s near post.

Eriksen’s seventh goal of the season was tough on a Swansea side who dominated for large periods but were unable to take several clear-cut scoring opportunities either side of Wilfried Bony cancelling out Harry Kane’s early header.

Bony – the highest scorer of Barclays Premier League goals in the calendar year – struck his 20th league goal of 2014 three minutes into the second half but concerted home pressure could not generate another before Eriksen supplied a Spurs sting in the tail.

Tottenham’s record was mixed immediately after European competition this season with three wins and four defeats, but this was actually the first time they had played away from White Hart Lane following Europa League action and it came on the back of a trip to Turkey.

But they knew victory would take them above Swansea into seventh place and they started with a bang when young Kane again showed his potency in front of goal.

Swansea were still trying to get their West Ham defeat and aerial trial by Andy Carroll out of their system when they conceded a soft fourth-minute goal from a set-piece.

Eriksen’s corner was sent towards the six-yard box where Kane rose above Angel Rangel to head home his first goal in five games after nine in 10.

Kane would later drag a presentable opportunity wide from 20 yards but Spurs, having started the contest on the front foot, suddenly lost their composure halfway through the first period.

Bony had tested Hugo Lloris’ shot-saving skills in the ninth minute after being picked out by Wayne Routledge and losing his marker Federico Fazio, and the Ivorian might have had a first-half hat-trick on another day.

Jefferson Montero played a delicious ball into his path after 21 minutes and Bony seemed set to score until former Swansea defender Ben Davies produced a last-ditch covering tackle of the highest quality.

Swansea had a penalty claim ignored by referee Robert Madley when Fazio appeared to take plenty of former Tottenham man Gylfi Sigurdsson and little of the ball, and Spurs were perhaps fortunate not to have their numbers reduced before the break.

Erik Lamela swung an arm at Montero after eyeing up the Ecuadorian and leaving him in a heap, while Jan Vertonghen’s punishment for bringing down Routledge was a yellow card.

Vertonghen took the ball but the Belgian slid in recklessly and his studs were raised and another referee might have taken a far dimmer view of the challenge.

Two minutes before the break Swansea almost equalised again when Rangel crossed from the right and Bony’s shot was deflected inches wide by Fazio.

Bony’s luck finally turned for the better soon after the interval when Routledge broke behind Davies and onto Rangel’s pass to cross into the middle.

Fazio blocked the first attempt but the ball fell kindly to Bony and he tucked away his eighth goal of the season with a minimum of fuss.

Moments later Bony saw his header from Montero’s cross saved by Lloris and it was all Swansea as Spurs struggled to get out of their own half.

Spurs briefly broke forward for Ryan Mason to unleash a shot which deflected off Ashley Williams and fell the wrong side of the post with Tremmel stranded.

But Swansea were still asking most of the questions, with Fazio stretching to deny Bony and Sigurdsson failing to hit the target after good work from the speedy Montero.

Substitute Jonjo Shelvey almost made a goalscoring impact for Swansea, and Kane showed he could not be ignored when he flashed a header wide in almost a carbon-copy of the Spurs goal, before Eriksen stood up at the death once again.

Report: Levy may be left in ‘difficult position’ with Spurs managerial target

Arsenal legend claims Spurs have just ‘a few top players, but that’s it’

Report: Levy may be left in ‘difficult position’ with Spurs managerial...