According to the BBC Rochdale manager Keith Hill has suggested that Dele Alli was right in the way he won a penalty that almost knocked his side out of the FA Cup.

Dele earned the kick from which Harry Kane put us 2-1 up late in Sunday’s fifth-round tie however Steve Davies’ equaliser secured a Wembley replay for the League One club.

“I won’t hold it against him and if he does it for England in the summer and we win the World Cup, I will certainly be supporting him,” Hill said. I’m led to believe he’s looking for it but we get too involved in controversy.”

Referee Bobby Madley pointed to the spot after Alli went down inside the penalty area under pressure from Harrison McGahey’s challenge and the article is at pains to say no player has been booked more times for diving that Dele, but speaking on BBC One after the game, former Newcastle striker Alan Shearer and ex-Spurs midfielder Jermaine Jenas believed Madley made the right decision and Dale manager Hill said he backed Alli, or any of his own players, to make the most of challenges in the penalty area.

“If a centre-forward or midfield player feels as though there is a penalty opportunity to be gained – brilliant,”:said Hill, 48.
“Whether it is Dele Alli, Steve Davies, Ian Henderson, Andy Cannon, it doesn’t really matter.” 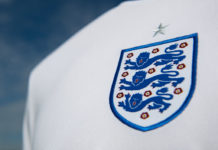