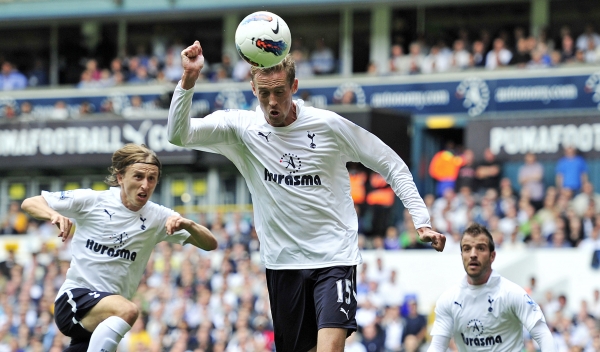 There really isn’t a whole lot to discuss about the 2011/2012 kit. That’s because there isn’t much to be said about the kit as a whole.

With 2011/12 being Puma’s last season manufacturing kits for the club, they left on good terms, producing a simple but classic Tottenham shirt.

The shirt was entirely white with no hint of blue whatsoever apart from the logo and sponsors. It was a significant change from the season prior, where the top half of the shirt was mostly blue.