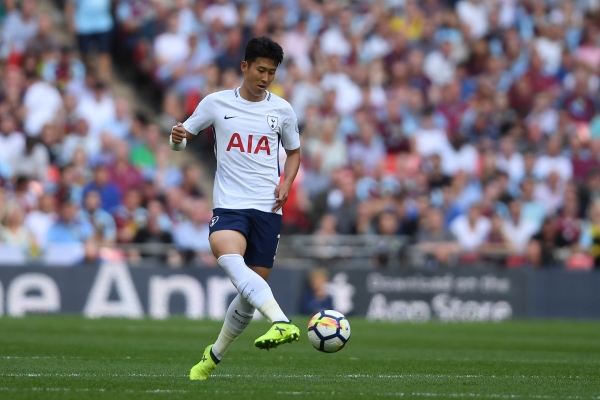 Similar to 2011/12, the kit that Spurs launched in 2017 was a simplistic design that spoke for itself.

Not only was it similar due to its simplicity, but it was similar to how it differed from the season prior.

The 2016/17 kit featured blue on the top half of the shirt, which was ditched for the season after. Just like when it was ditched in the 2011/12 season.

Along the sides was a short blue strip that kept itself relatively subtle.

One nice feature about this kit was the Spurs crest. The cockerel on a ball was encapsulated within a shield – a homage to the 1960s.

This was the first kit produced by Nike following a five-year stint by Under Armour.