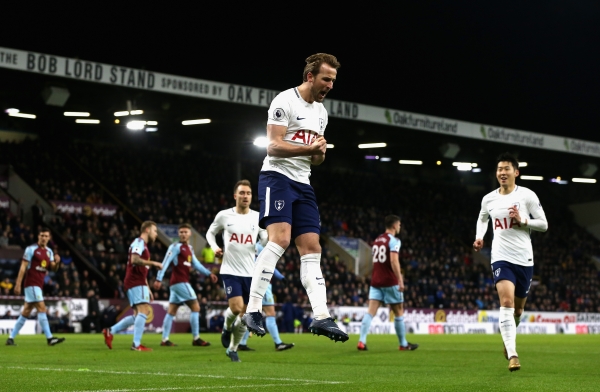 BURNLEY, ENGLAND - DECEMBER 23: Harry Kane of Tottenham Hotspur celebrates after he scores his sides first goal from the penalty spot during the Premier League match between Burnley and Tottenham Hotspur at Turf Moor on December 23, 2017 in Burnley, England. (Photo by Nigel Roddis/Getty Images)