Home Fan Articles Left a Gap in Our Defence?

All Spurs fans are united in their fear of the Top Brass failing to sign a big-name striker. With each passing transfer window, the fear increases. It’s turning some of our fans rabid – to the point that they condemn every transfer rumour regarding a player who is not an out-and-out striker. This fear is inherently justified…it has been argued that Spurs have been without a natural goal-scorer up front since Dimitar Berbatov left for Old Trafford in 2008. However, I think it is far too hasty to disregard any non-strikers in our desperation, as has been the case with the signing of the brilliant Paulihno. What should have been a big coup for Levy and AVB has been met with a mild indifference, because he is a midfielder. We might all be crying out for goal-scorers, but we shouldn’t allow it cloud our view of other weakness. The greatest weakness I can foresee, other than the striker nightmare, is the left-back position.

Many Spurs fans are fond of Benoit Assou-Ekotto, and would like him to stay on for a couple more seasons. Although I believe he is skilled, I find myself somewhat glad that he is rumoured to be on his way out. He is not Champions’ League material. The problem is inflated by the fact Assou-Ekotto has no cover in the event of injury. Jan Vertonghen has been played on the left, as he does for Belgium, but his strength and presence clearly demonstrate that he is best suited in central defence. Kyle Naughton has also played in this position, but he prefers right-back, and is also not up to Champions’ League standard. So, what to do? It is evident that we need a great Left-Back, our very own Ashley Cole if you will. But it’s a hard role to fill. The successful candidate must be fast, so he can keep up with Gareth Bale’s pace on the wing, and play him a special ball. Similarly, he needs to be able to get back down to defend the left flank quickly, should the opposing team catch our lads on the break. I think this is precisely where Vertonghen struggled when he played on the left.

So we are aware of the skills the successful candidate requires…as with all Spurs transfers, he must also be a bit of a bargain. Let’s take a look at some possible replacements for Assou-Ekotto:- 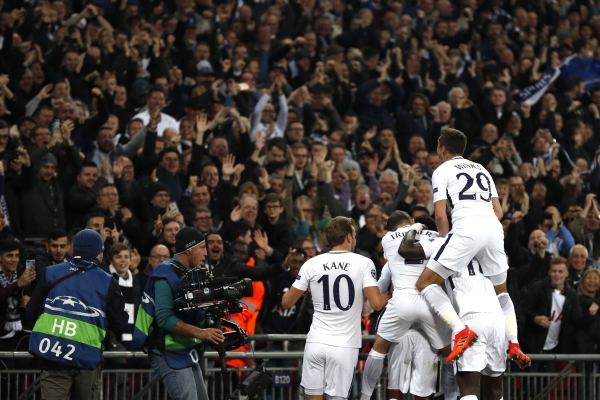