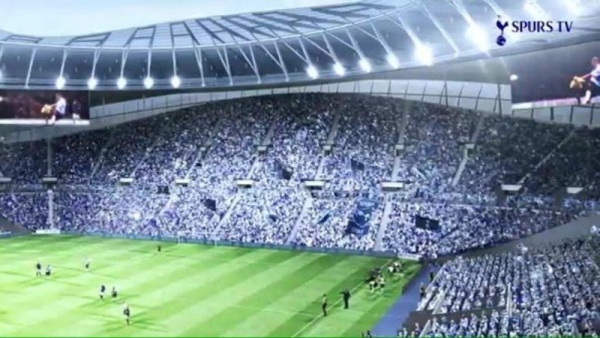 The south stand will hold 17,500 fans and has been inspired by Borussia Dortmund’s yellow wall. It is the largest single-tier stand in the UK and is hoped to create a ‘wall of sound’ within the stadium.

The front of the South Stand has been future-proofed for Safe Standing. If legislation changes, this will become a standing area

Yes, we can all admit that we are disappointed that the official opening the new Tottenham Hotspur stadium has been delayed once again, however, looking on the positive side we are going to have once of the most impressive stadiums in the world once the work is finally complete.

We’d have all have loved nothing more than cheering our side on against Liverpool next month in our brand new home, but we are going to have to wait until at least the end of October at the earliest to experience that moment, with a decision on whether that will be Premier League fixture against Manchester City to be decided in the near future.

We have put together 10 facts about the new stadium which you may or not already be aware of.   Take a look…

Have we missed any key facts?  Add them via the comments section.