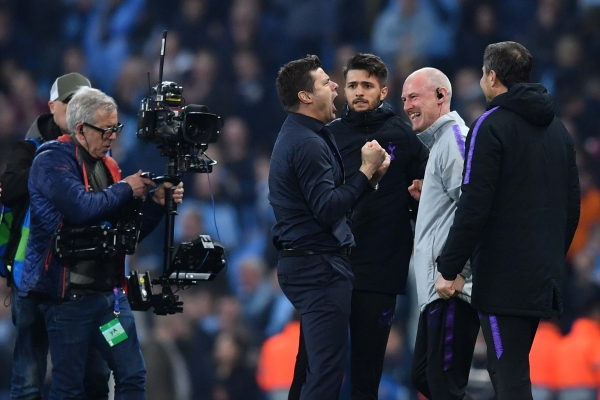 It was a night that Tottenham Hotspur fans certainly will not forget as long as they will live following the drama at the Etihad Stadium.

Spurs booked their place in the semi final of the Champions League for the first time in their history, although they did make it to the final four in 1960/61 when it was known as the European Cup.

The celebrations among the Spurs players and the staff following the final whistle were absolutely amazing. Here are 10 of the best photos.