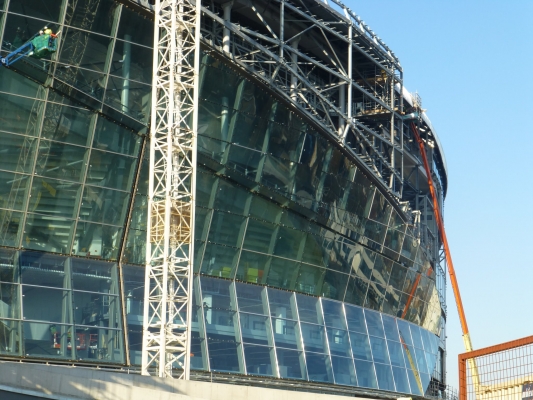 The beginning of December cannot come soon enough when Tottenham Hotspur are set to provide a further announcement on the progress of the new stadium.

Over the weekend, there have been reports that contractors working on the stadium have warned the club that it may not be ready until March.  According to The Times, there is still uncertainty over when the 62,062 capacity stadium will open its doors.

Yesterday, a Spurs fan paid a visit to N17 to take some photographs of the exterior of the stadium, including the new abseiling podium that sits above the single tier south stand.

Hopefully, fans will be put clearly in the picture of our stadium fate by the club before the end of the year.

Many thanks to VocalSpurs for the latest set of photos.