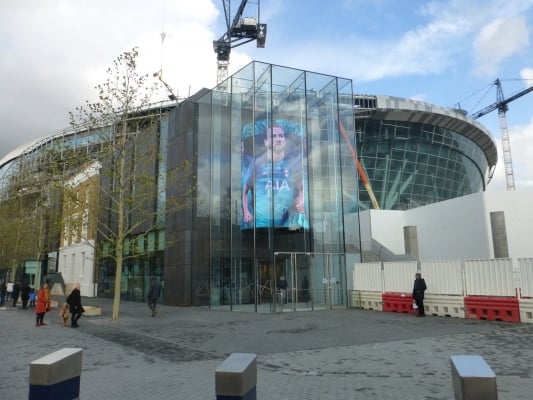 It was in May of last year that the heavy machinery was brought in to demolish our beloved home just hours after the White Hart Lane finale which saw Tottenham beat Manchester United 2-1 in the Premier League.

Fast forward seventeen months and we are about to embark on a historic point in the club’s history by moving into the new 62,062 seater stadium next year.

Despite the frustrating delays which have seen the original September opening date pushed back to 2019, the progress of the mammoth construction project has still been impressive.

Many fans have photographed the progress of the build as it has risen from the ashes of the Lane throughout previous months and this weekend was no different.

Our thanks go to @vocalspurs for this latest set of impressive photos that predominantly focus on the west side of the stadium.

With the club set to provide an update on the progress of the construction early next month, fans could finally learn when the stadium will finally open its doors.

Opinion: Which big Spurs squad numbers are vacant and who could take them

Report: Man City’s pursuit of Harry Kane may not be ‘financially viable’

Ex-Spurs man claims club have to spend £300m if they sell...

Opinion: Which big Spurs squad numbers are vacant and who could...

‘I would leave’ – Club legend offers advice to striker linked...