Mauricio Pochettino’s side took the lead in the first half when Erik Lamela pounced on a save by Buffon to tap home from close range.

Juventus came back into the match in the second half and scored twice in the space of four minutes through Gonzalo Higuain and Cristiano Ronaldo.

Lucas Moura pulled Spurs level on 65 minutes when he got on the end of a beautiful pass from Tanguy Ndombele who had only been on the field for a matter of minutes.

With the game looking as if it was heading to a penalty shoot-out, Harry Kane produced a beautiful chip which found the back of the net to cause some embarrassment for former Arsenal goalkeeper Wojciech Szczęsny. 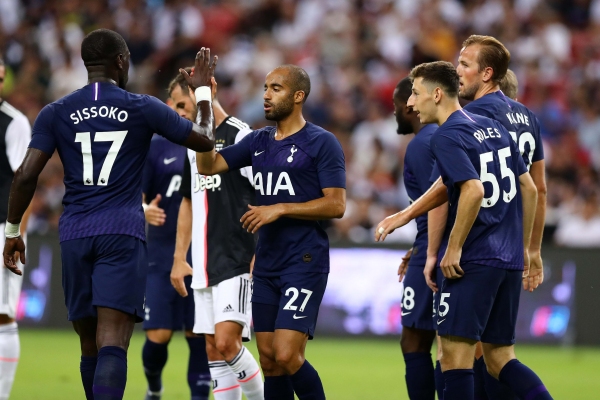 SINGAPORE, SINGAPORE - JULY 21: Lucas Moura of Tottenham Hotspur celebrates scoring his side's second goal with his team mates during the International Champions Cup match between Juventus and Tottenham Hotspur at the Singapore National Stadium on July 21, 2019 in Singapore. (Photo by Pakawich Damrongkiattisak/Getty Images)