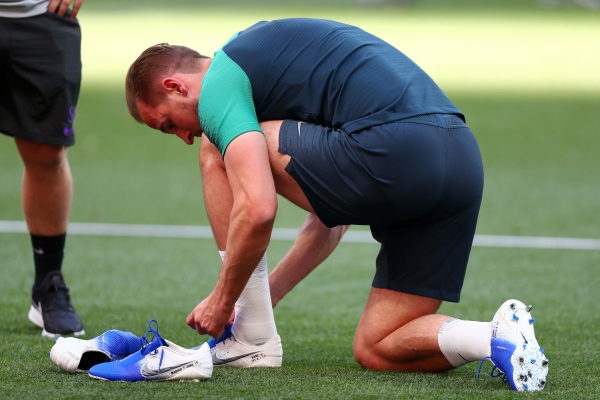 MADRID, SPAIN - MAY 31: Harry Kane of Tottenham Hotspur ties his laces during the Tottenham Hotspur training session on the eve of the UEFA Champions League Final against Liverpool at Estadio Wanda Metropolitano on May 31, 2019 in Madrid, Spain. (Photo by Clive Rose/Getty Images)

Tottenham Hotspur have trained on the pitch of the Wanda Metropolitano Stadium as they finalise preparations for tomorrow evening.

The Spurs players were put through their paces by Mauricio Pochettino’s backroom staff and in usual UEFA protocol, the world’s media were invited to watch the open session.

Pochettino has a full strength squad to choose from when they face Liverpool in European football’s most prestigious cup competition.

Spurs could be a little over 24 hours away from being crowned as champions of Europe. Who would have thought that at the start of the season or even five years ago? What a journey.