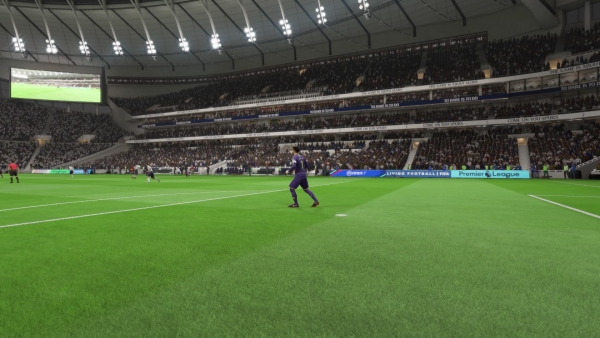 A Tottenham Hotspur fan has taken the time and effort to capture multiple screenshots of the new stadium by using FIFA 19 to provide fellow fans with a feel of how the ground will look on a match day.

There are visuals from multiple angles of the 62,062 seater stadium, including the location of where the away fans will sit.

The fan known as Pav4n, was playing a match between Tottenham and Arsenal and it certainly doesn’t sit right to see so many Arsenal fans in our new home.

Back in the real world, work continues to progress on the development of the project with Football.London reporting that the grass pitch could be laid next month.

It is reported that stadium contractors Mace have told a Business Community Liason Group that the turf will be installed during October, although no official start date has been confirmed.

Opinion: Analysing Tanganga’s best position and how Spurs can best use him

Opinion: It is better for Reguilon to stay at Spurs and turn down Madrid return

Opinion: Analysing Tanganga’s best position and how Spurs can best use...