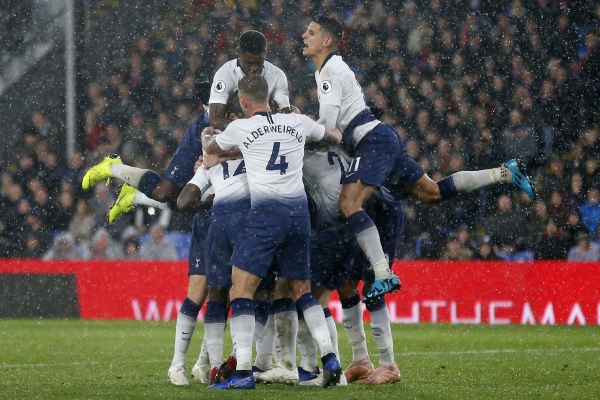 Tottenham Hotspur managed to grind out a tough 1-0 win at Crystal Palace on a wet evening at Selhurst Park.

The victory caps off a tiring spell for Spurs who have played seven games in twenty-two days.

Juan Foyth was the unexpected match winner when the Argentine reacted quickest to nod a loose ball over the line after Palace failed to clear a Tottenham corner.

After a tough match at Wolves last weekend, Foyth put in a commanding display against the Eagles to show what faith Pochettino has in his young defender.

Palace certainly had their chances to equalise through former Spur Andros Townsend, but the best chance fell to substitute Alexander Sorloth who found a pocket of space in the area and unleashed a fierce shot from point-blank range, but it was straight at Lloris.