Tottenham Hotspur Under-23’s were in Premier League 2 action this evening against Derby County at Pride Park.

Wayne Burnett’s Tottenham team included Marcus Edwards, who a few thought could be a surprise inclusion in tomorrow’s squad to face Manchester United. However, Pochettino has stated previously that Edwards needs to play more games at this level.

The game was still 0-0 at the half time break, but it was Derby County who did manage to break the deadlock after 56 minutes of action when Luke Thomas’ effort was driven across Austin in the Spurs goal to give the home side the lead.   After 77 minutes it was still 1-0 to Derby.

Below we’ve put together a match gallery of the best action shots. Take a look below. 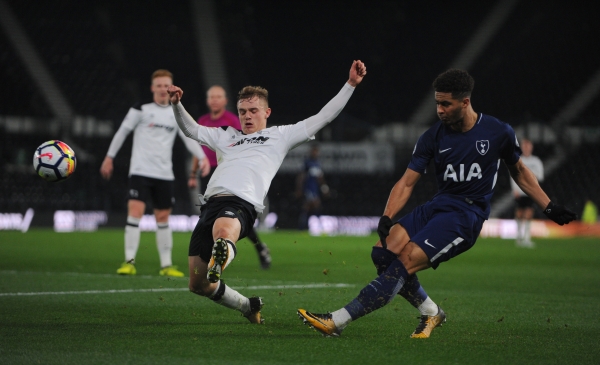 ‘Suited me perfectly’ – Netherlands star opens up on failed Spurs...