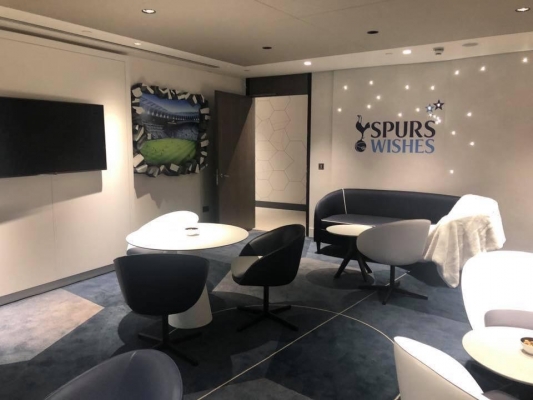 The photographs are mostly taken from the plush hospitality and corporate areas, where those who were invited were hosted with a meal.

Among the guests on the evening were Spurs boss Mauricio Pochettino, his coaching staff and chairman Daniel Levy.

As part of the event, eleven dancers dressed in full Spurs kit made their way on to the pitch to the club’s entrance music before performing a Michael Jackson-inspired dance routine.

Work continues around the clock on the 62,062 seater stadium and a further update on its progress will be delivered by the club in the early part of December.

Spurs have already reached a contingency agreement with the FA that will enable them to play their home matches at Wembley for the remainder of this season, if the stadium opening is further delayed.