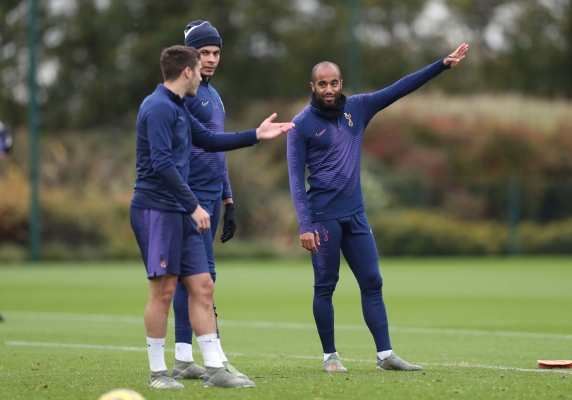 The Tottenham Hotspur players were on the training field at Hotspur Way yesterday morning as part of their preparations for the trip to Everton on Sunday.

Spurs are currently winless in 11 Premier League away games (D2, L9), ironically their last win at a current Premier League club was December’s 6-2 thrashing of Everton.

Highly-rated academy products Troy Parrott and Japhet Tanganga once again took part in the session with the first time, while Ryan Sessegnon who is still awaiting his Spurs debut was also in action.

Parrott and Tanganga both made their senior competitive debut for Spurs in the Carabao Cup defeat to Colchester United and have not been included in Pochettino’s squad since.

Jan Vertonghen did not feature with doubts over his fitness for the match this weekend due to a hamstring problem (Spurs official).

Tottenham’s current total of 12 points is their lowest at this stage of a league season since 2008.

‘This is a robbery’ – Spanish press think Spurs were ripped...