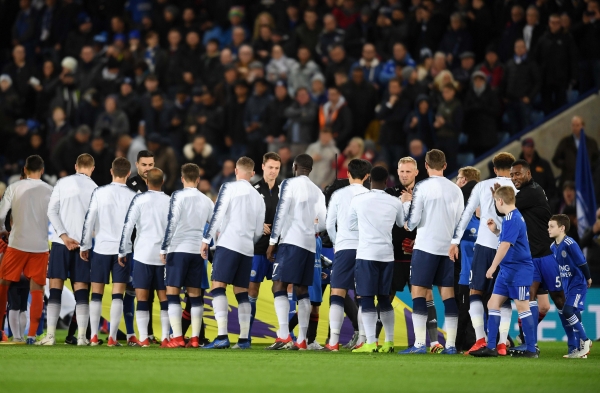 LEICESTER, ENGLAND - DECEMBER 08: The two teams shake hands prior to the Premier League match between Leicester City and Tottenham Hotspur at The King Power Stadium on December 8, 2018 in Leicester, United Kingdom. (Photo by Ross Kinnaird/Getty Images)

Tottenham Hotspur kept the pressure on those chasing for a top four finish this season with a professional performance at Leicester City.

A goal in either half from Heung-min Son and Dele Alli proved to be enough to move Spurs back to third in the table above Chelsea and Arsenal who had both won earlier today to pile the pressure back on Mauricio Pochettino’s players.

Pochettino’s decision to start Harry Kane and Christian Eriksen on the bench also paid dividends with the 2-0 win, with the pair now likely to be fresher for the trip to Barcelona on Tuesday night.