New event signage has been placed around the streets of the Tottenham Hotspur stadium which has led to some fans believing that our new 62,062 seater home could be opening its doors sooner rather than later.

The signs which are blue and yellow in colour are designed to direct visitors to the new stadium and also to some of the nearby transport links.

Tottenham’s new stadium was due to open on September 15th for the visit of Liverpool but had to be delayed due to issues with critical safety systems. 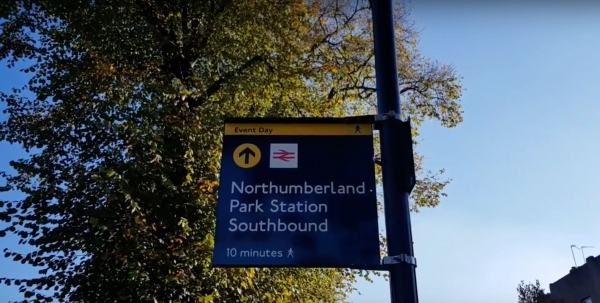 The club will also have to re-arrange two test events that need to be held at the stadium before a safety certificate is awarded.  An update is expected to be released from the club before the end of the month.