Some new photos of the inside of the Tottenham Hotspur stadium have been doing the rounds on the internet, today.

The photos were posted on a popular forum called SkyscraperCity show a few different elements of the stadium, including a couple of the ultra-modern hospitality boxes.

There are also some close-up photos of the pitch trays which are currently full of sand, but the most impressive photo has to be the close up of the new single tier south stand which will house 17,500 Spurs fans.

There are now over 3,000 people working on site, 24 hours a day in preparation for the first Premier League match which takes place in just 52 days when Jurgen Klopp’s Liverpool are the visitors to N17.

Take a look at the photos, via our gallery below. 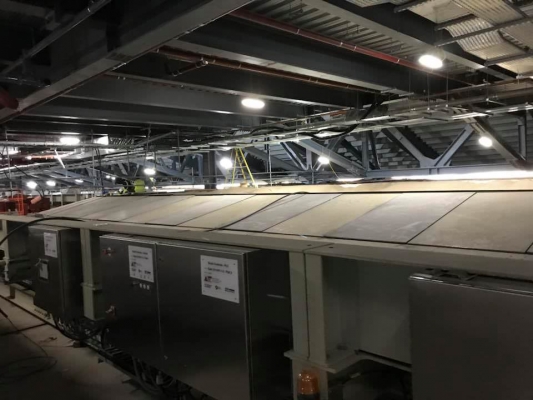