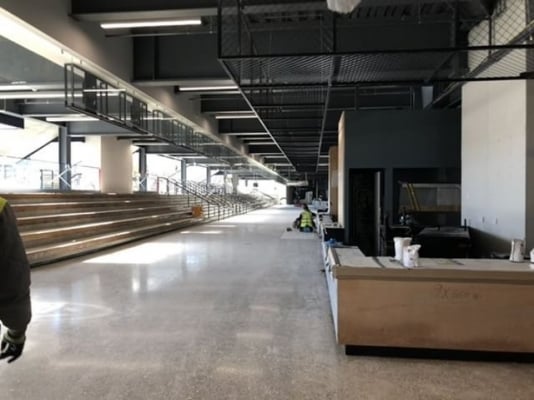 We have been kindly sent a set of nine photographs taken from different areas of the new Tottenham Hotspur stadium.

Many fans were hoping that yesterday’s announcement televised Premier League games for December and January would give an insight into when the 62,062 seater stadium would open for its first match.

Instead, some of the Spurs fanbase are now resigned to the fact that it looks like our new home will be open in early 2019.

The photos which were taken earlier this week show the current state of the NFL american football dressing room, along with various concourses, a beautiful shot looking upwards at one of the giant steel white ‘trees’ on the way into the south stand and a couple of shots from the stands.

A big thanks to Elliot for the photos.