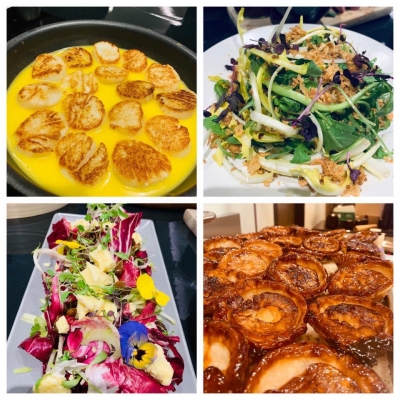 Tottenham Hotspur staff and executive supporters were yesterday evening given a glimpse of the new stadium when a closed event was held.

Mauricio Pochettino and his backroom staff were spotted walking into the media cafe along with Daniel Levy ahead of the event.

Photos have emerged giving a glimpse of what went on within the stadium and what food was served within Daniel Levy’s director’s box.

Pochettino and his staff dined on the same table as the Spurs chairman, who were also treated to a Michael Jackson-inspired dance routine on the new pitch featuring eleven dancers in full Spurs kit.

Michael Owen on who will come out on top between Arsenal...

Predicted Tottenham XI to take on Arsenal in the North London...

Michael Owen on who will come out on top between Arsenal...