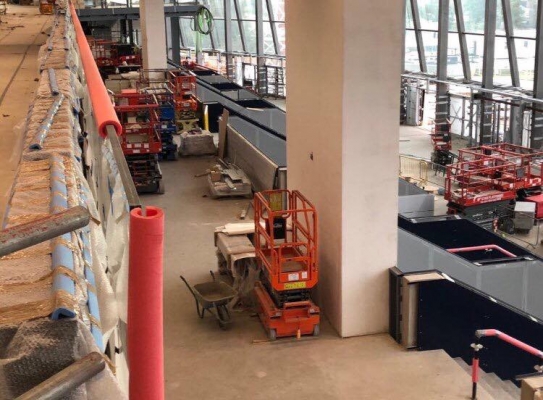 A worker at the new Tottenham Hotspur stadium has taken some photographs showing just how much internal work is left to be completed at the ground before it opens.

The club announced on Monday that they have delayed the opening of their new stadium because of “issues with the critical safety systems”.

Spurs had been expected to play their first game at the new ground on 15 September against Liverpool but that match has now been switched to Wembley.

Tottenham’s following home game against Cardiff on 6 October has also been moved to Wembley, while there is uncertainty on where the match against Man City on 28 October will be held due to Wembley hosting an NFL game on the same day.

Spurs had already agreed with the Premier League to play their first home game of the season, which is against Fulham on Saturday, at Wembley.

The club has since issued an apology to fans regarding the delay.