Tottenham have trained at Hotspur Way this morning ahead of their flight to France.

Nuno Espirito Santo’s side head into the European tie on the back of a 3-0 defeat against Crystal Palace which ended their 100 per cent record in the Premier League.

Steven Bergwijn was a welcome returnee to the training pitch after the winger missed the defeat at Selhurst Park after picking up a knock while on international duty with Holland. 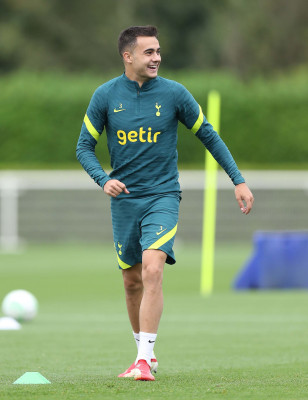 Among the players spotted taking part in the session were:

‘One of our best halves’ – Some Spurs fans react to...

‘We need a new midfield badly’ – Some fans react to...