There were jubilant scenes in the away dressing room at Carrow Road earlier this evening after Tottenham Hotspur secured their return to the Champions League.

Antonio Conte’s side came into the last match of the Premier League season knowing that a fourth place finish was in their own hands and went about their business in emphatic fashion with a 5-0 rout of Norwich City.

Dejan Kulusevski also scored twice either side of Harry Kane’s header, while Heung-min Son added a brace in the second half to see the South Korean share the Golden Boot award with Liverpool’s Mohamed Salah after they both finished on 23 goals.

After the match, there were plenty of happy faces in the dressing room to cap a remarkable season that saw Antonio Conte take charge of the club in November when they were ninth in the table and now will return to take their place in European football’s most prestigious club competition once more. 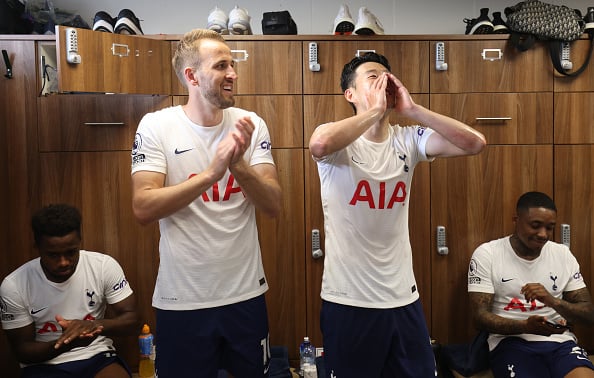