Dele Alli, Toby Alderweireld and Hugo Lloris were all ruled out through injury as Mauricio Pochettino was forced to shuffle his team.

Both sides pressed each other hard which meant chances were few and far between in the first half hour of play, the best chance coming to Danny Rose who failed to get his header on target.

Debutant keeper Gazzaniga also pulled of a fantastic save to deny Palace from taking the lead just before the 40 minute mark.

Apart from that, it has been a first half to forget.

Below, we’ve put together a match action gallery of the best shots from the first 45 minutes of action. 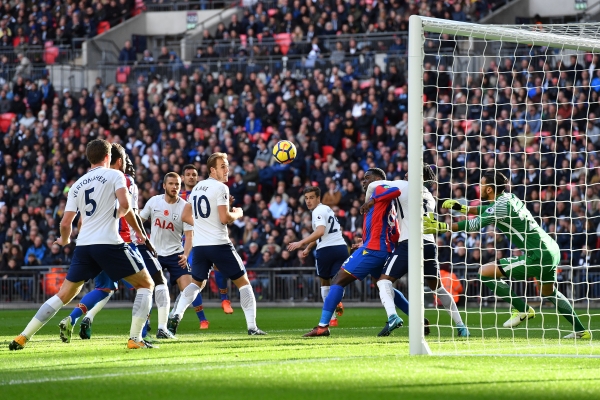