Tottenham Hotspur were back in Premier League action this afternoon with West Bromwich Albion the visitors to Wembley.

The managerless Baggies upset the script within just four minutes when Dele Alli was dispossessed in midfield by former Spur Jake Livermore, who in turn played the ball through to Salomon Rondon and the striker managed to hold off Davinson Sanchez to finish past a helpless Hugo Lloris.

Tottenham look off the boil, you could assume the win in Dortmund has had an effect on the players. West Brom are happy to park the bus after taking the lead, their keeper Ben Foster has been wasting time as early as the 32nd minute.

Take a look below at some of the best action shots from the first 45 minutes. One thing is for sure, Tottenham need to get their act together in the second half if they are to get anything out of this game. 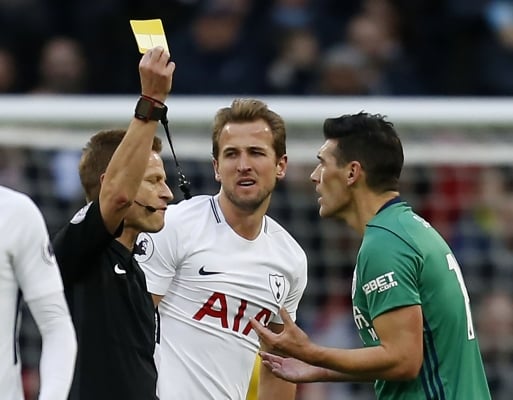