Tottenham Hotspur have a 1-0 lead going into the half time break against Huddersfield Town.

Tottenham’s domination of the Premier League newcomers has finally reaped the rewards after Heung-min Son has given us the lead we deserve after 27 minutes.

Earlier, Harry Kane had a great chance to open the scoring but was foiled at close range by the keeper.

Spurs look to be on their game here and another goal could kill any spirit which the Terriers have. COYS! 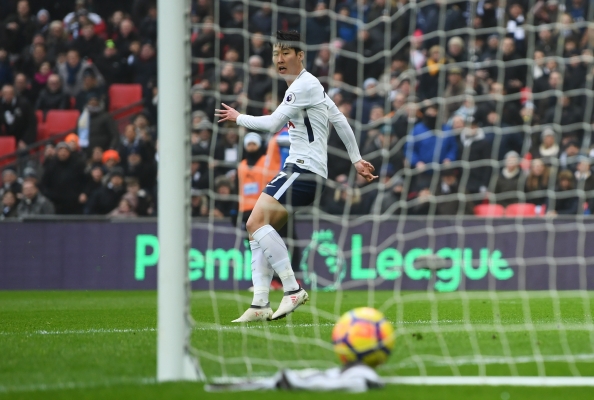 Report: Tottenham accept loan offer for defender; player in no rush to leave

Video: Pierluigi Gollini opens up on his Spurs debut against Chelsea

Report: Potential Kane replacement not in favour of Spurs move

Journalist claims Spurs star has effectively ruled himself out of Man...

Fabrizio Romano names 28-year-old Spurs defender who could be set to...

Video: Pierluigi Gollini opens up on his Spurs debut against Chelsea