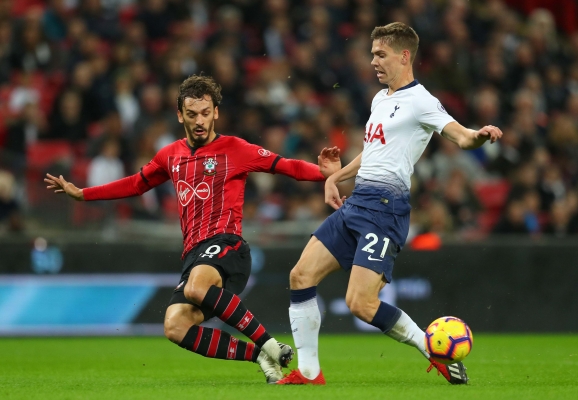 Tottenham Hotspur lead going into the half time break against Southampton at Wembley.

The goal came after nine minutes when a defensive lapse of concentration from Southampton allowed Spurs to take a quick corner which was whipped into the danger zone by Christian Eriksen and up popped Harry Kane to calmly slot the ball into the back of the net.

Southampton have also saw an effort hit the woodwork thanks to a stunning save from Hugo Lloris. The Frenchman tipped the ball onto the post to keep Spurs ahead.