Tottenham lead Everton 1-0 going into the half time break at Wembley, courtesy of a Heung-min Son goal.

Tottenham had the lions share of possession in the first half and have created more chances, with Everton’s best chance coming when a Wayne Rooney header was disallowed for offside.

In case you missed it, this is how both sides lined up.

Below, we have put together a gallery of the best of the action from the first 45 minutes of action at Wembley. COYS! 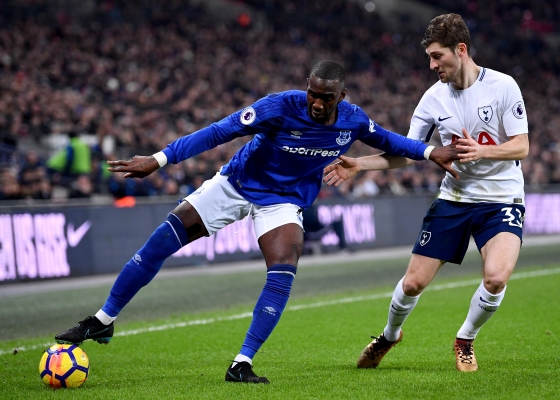 LONDON, ENGLAND - JANUARY 13: Yannick Bolasie is challenged by Ben Davies of Tottenham Hotspur during the Premier League match between Tottenham Hotspur and Everton at Wembley Stadium on January 13, 2018 in London, England. (Photo by Justin Setterfield/Getty Images)