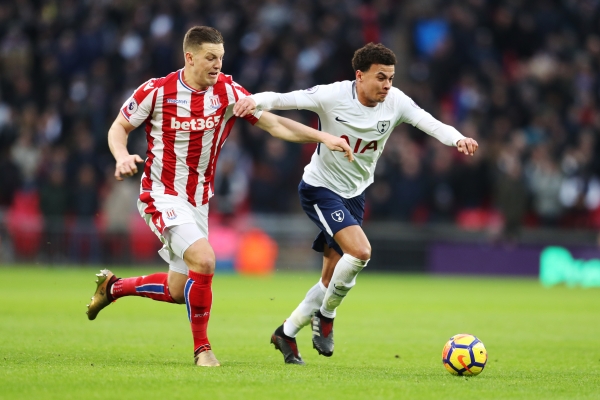 LONDON, ENGLAND - DECEMBER 09: Dele Alli of Tottenham Hotspur is challenged by Kevin Wimmer of Stoke City during the Premier League match between Tottenham Hotspur and Stoke City at Wembley Stadium on December 9, 2017 in London, England. (Photo by Catherine Ivill/Getty Images)