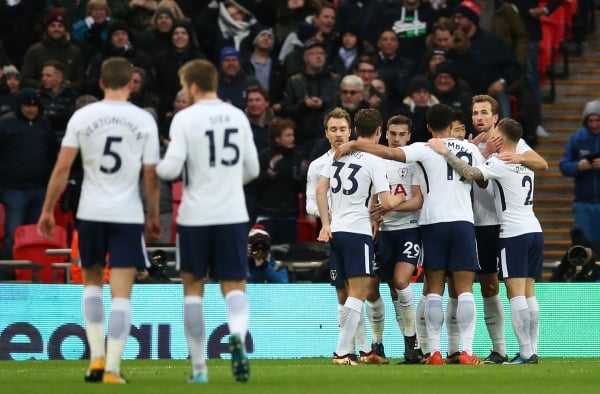 LONDON, ENGLAND - DECEMBER 09: Heung-Min Son of Tottenham Hotspur celebrates his sides first goal with his team mates which came through a own goal by Ryan Shawcross of Stoke City (not pictured) during the Premier League match between Tottenham Hotspur and Stoke City at Wembley Stadium on December 9, 2017 in London, England. (Photo by Steve Bardens/Getty Images)

Joe Rodon looks ahead to Rennes and provides update on his...

Alasdair Gold reveals what he has heard about Harry Kane’s January...