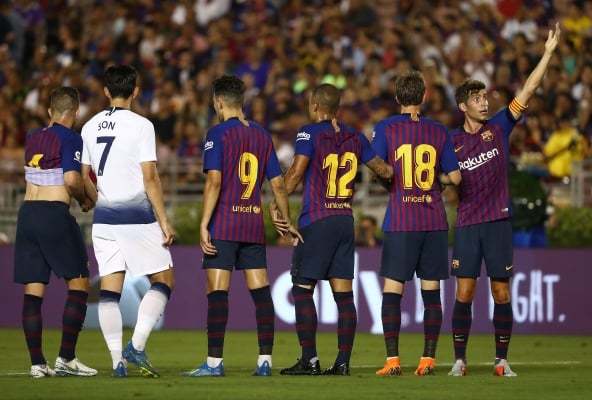 PASADENA, CA - JULY 28: Sergi Roberto #20 of Barcelona (far right) lines up the defensive wall in front of the Barcelona goal during the first half of the International Champions Cup 2018 match against the Tottenham Hotspur at Rose Bowl on July 28, 2018 in Pasadena, California. Barcelona defeated Tottenham 5-3 on penalties after a 1-1 draw in regulation. (Photo by Victor Decolongon/Getty Images)

Opinion: Finally deciding who Tottenham’s most underrated player is

Opinion: Why Spurs’ Europa fixture reversal is more important than we may realise