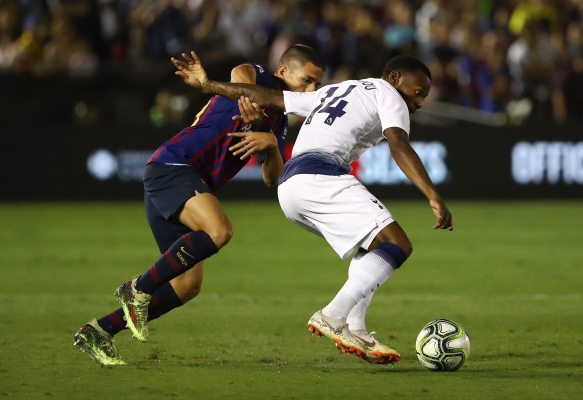 PASADENA, CA - JULY 28: Georges-Kevin Nkoudou #14 of Tottenham Hotspur protects the high ball from Sergi Palencia #25 of Barcelona during the second half of the International Champions Cup 2018 match at Rose Bowl on July 28, 2018 in Pasadena, California. Barcelona defeated Tottenham 5-3 on penalties after a 1-1 draw in regulation. (Photo by Victor Decolongon/Getty Images)

‘Put his foot down’ – Hoddle claims Kane will make decision...