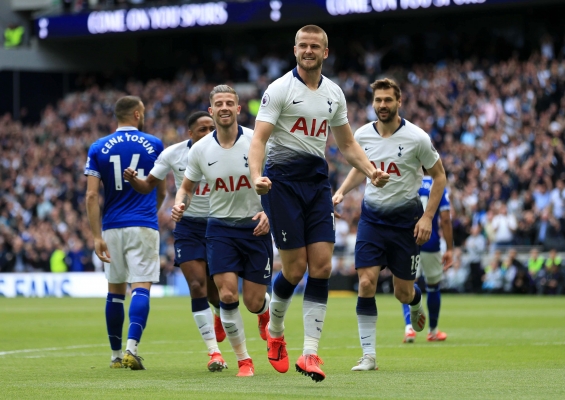 Tottenham Hotspur finished their Premier League campaign with a 2-2 draw against Everton at the new stadium.

The result meant that the club finish fourth in the table after being unable to capitalise on Chelsea’s 0-0 draw at Leicester City, a victory for Spurs would have taken them up to third.

Eric Dier gave the home side the lead within three minutes but Mauricio Pochettino’s side found themselves behind in the second half after two quick-fire Everton goals.

Christian Eriksen netted with a well-taken three kick to see Spurs share the spoils ahead of the Champions League final.