Tottenham took advantage of Liverpool and Arsenal only managing to draw their matches this evening by closing the gap on the race for a top four finish with a scrappy win against Brighton.

Tottenham dominated the first half but the goal that gave them the lead was a lucky one, as Serge Aurier’s cross evaded everyone and found the net in the 40th minute – his first goal for the club since his summer move from PSG.

Our lead was doubled when Heung-Min Son headed home in the 87th minute via a deflection to make sure of the win which takes Tottenham back up to fourth in the table.

Next up… Manchester City away.

Below we’ve put together a gallery of the best match action pics from tonight’s win at Wembley. 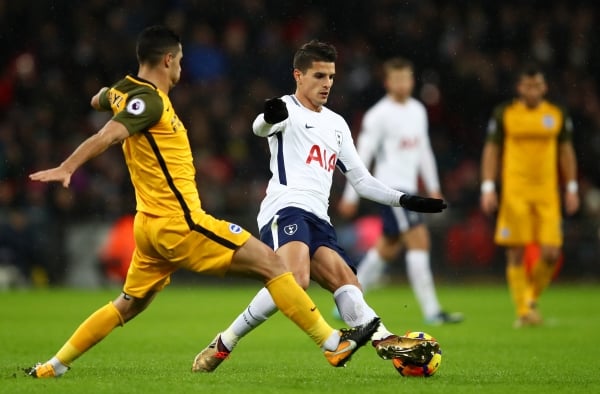