The goal came after a storming run down the left flank by Danny Rose which led to a Tottenham free-kick. Up stepped Christian Eriksen who whipped the ball into the box and onto the head of Harry Kane who nodded home to break Alan Shearer’s record.

Kane hasn’t settled for just one goal, he scored his second of the match on 38 minutes after great play from Dele Alli led to Son crossing for Kane to tap in.

Kane has now scored an amazing 58 goals in 2017 for club and country.

Spurs lead Southampton 2-0 at the half time interval. Below we’ve put together the best action shots from the first half. COYS! 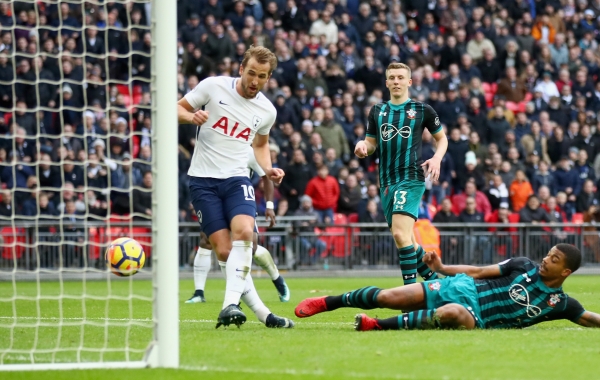 Report: Arsenal ‘likely to be priced out’ of move for rumoured Spurs targets