Tottenham returned to Premier League action following the highs of the impressive performance against Real Madrid on Tuesday, with Liverpool the visitors to Wembley and absolutely crushed the visitors.

After twelve minutes it was looking so comfortable for Tottenham, having taken a 2-0 lead courtesy of goals from Harry Kane and Heung-min Son. The South Korean nearly made it 3-0 when his shot cannoned back off the bar.

Some sloppy play gifted Liverpool the opportunity to get back into the game which Salah took to make the score 2-1. Dele Alli struck on the verge of half time to make it 3-1.

The second half only delivered one goal, and it was scored by Harry Kane who took his tally to the game to two.

Below, we’ve put together a gallery of the best action pics from the match. Bring on Manchester United! 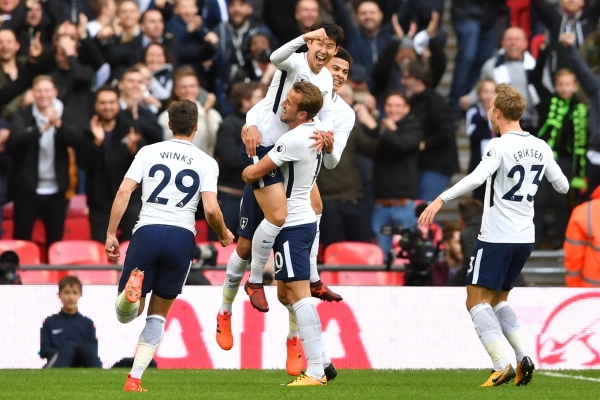