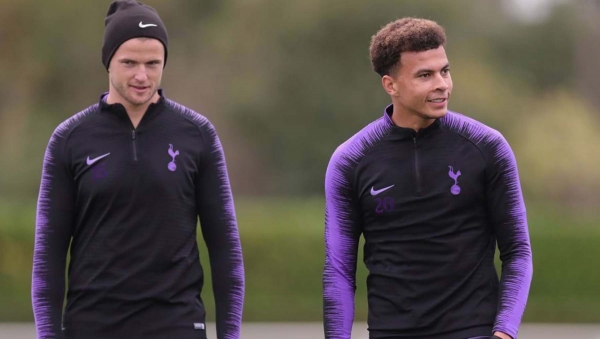 There has been plenty of talk in the press today about the players apparently rumoured to be saying behind closed doors that they are in need of a rest, however, they were out on the training field at Hotspur Way earlier.

Mauricio Pochettino was putting his players through their paces ahead of Saturday evening’s Premier League clash with Brighton on the south coast.

Dele Alli took part in training following his recent hamstring strain which he suffered on international duty, which is a huge boost for the weekend.

Report: Man United are plotting a summer move for defender wanted by Spurs