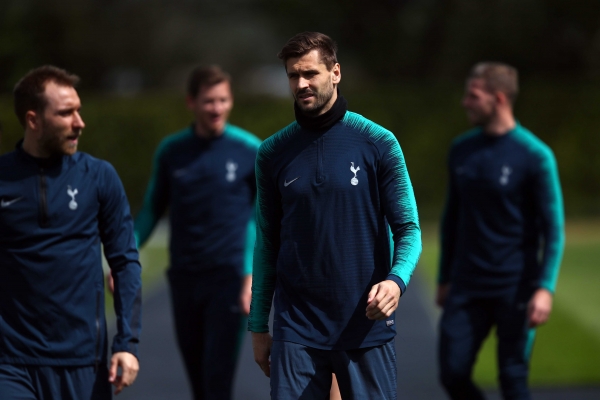 ENFIELD, ENGLAND - APRIL 29: Fernando Llorente of Tottenham Hotspur arrives with his team mates during a training session ahead of their UEFA Champions League Semi Final first leg match against Ajax on April 29, 2019 in Enfield, England. (Photo by Julian Finney/Getty Images)

Tottenham Hotspur have this morning been training at Hotspur Way ahead of tomorrow night’s Champions League semi final against Ajax.

As is the normal protocol for Champions League fixtures, a portion of the training session was opened up for the world’s media to attend and watch Mauricio Pochettino and his coaching staff put the players through their paces.

One welcome boost was the return of Moussa Sissoko after the French midfielder had missed game time due to the groin problem he sustained against Manchester City.

The Dutch side will train at the new Tottenham Hotspur stadium this evening as part of their preparations.

Report provides update on potential loans for Skipp and Tanganga at...