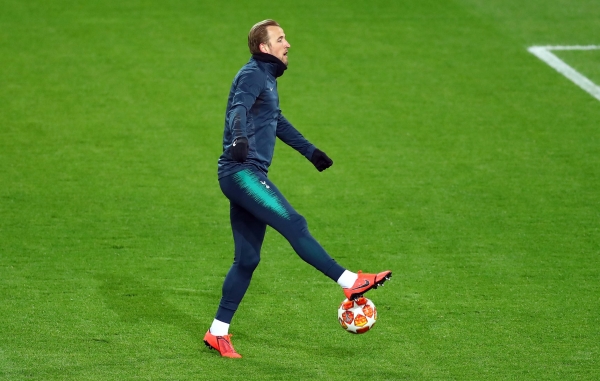 DORTMUND, GERMANY - MARCH 04: Harry Kane of Tottenham Hotspur during a Tottenham Hotspur training session ahead of their UEFA Champions League Round of 16 Second Leg match against Borussia Dortmund on March 04, 2019 in Dortmund, Germany. (Photo by Maja Hitij/Getty Images)

Tottenham Hotspur have trained this evening under the lights at Signul Iduna Park ahead of tomorrow’s Champions League clash.

Spurs take a three goal advantage into the second leg having comprehensively beaten Borussia Dortmund 3-0 in the first leg at Wembley.

A place in the last eight of the competition beckons for Mauricio Pochettino’s side.  Only once have they progressed to the quarter final and that came back in 2011 under Harry Redknapp where they were knocked out by Real Madrid.

Among the players who took part were: