Photos have begun to emerge from the first test event which was held at the new Tottenham Hotspur stadium yesterday afternoon.

It was billed as an operational orientation for Club and Stadium staff, however, it seems that there were quite a few Spurs fans who received an invite to be part of the testing.

There will be a further test event for staff and suppliers in respect of premium areas on Sunday 19 August.  In order to achieve a safety certificate for the new stadium, the club required to hold two Test Events with increasing levels of attendances.

We must pass on a big thanks to Kevin Hill who has kindly allowed his to share some photos of his day.  There’s plenty to see ranging from the view of the actual stadium through to the catering and concourse areas.

You can take a look at the photos, below. 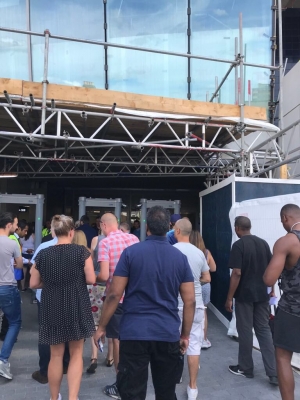