Home Spurs News Gallery: Take a look at the state of the Wembley pitch ahead...
0
SHARES
ShareTweet 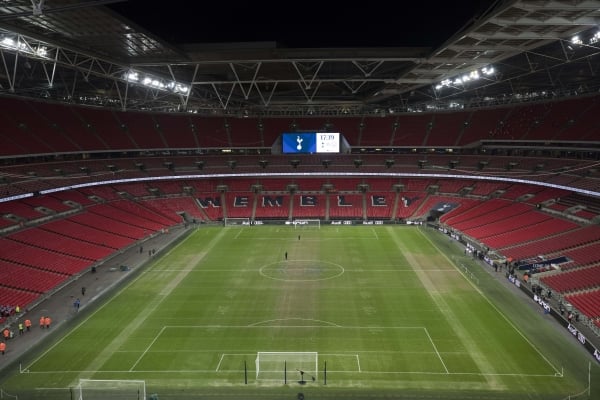 LONDON, ENGLAND - OCTOBER 29: General view inside the stadium prior to the Premier League match between Tottenham Hotspur and Manchester City at Tottenham Hotspur Stadium on October 29, 2018 in London, United Kingdom. (Photo by Clive Rose/Getty Images)

Tottenham Hotspur take on Manchester City at Wembley in just over an hour’s time and it’s fair to say the pitch is looking worse for wear.

The playing surface at the national surface has had to endure three consecutive weeks of American Football action and following yesterday’s game between the Philadelphia Eagles and the Jacksonville Jaguars.

As you can see from the photos, the pitch looks heavy in sections with mud clearly visible where the grass surface has been worn away.