Looking up to the walkway of the sky lounge 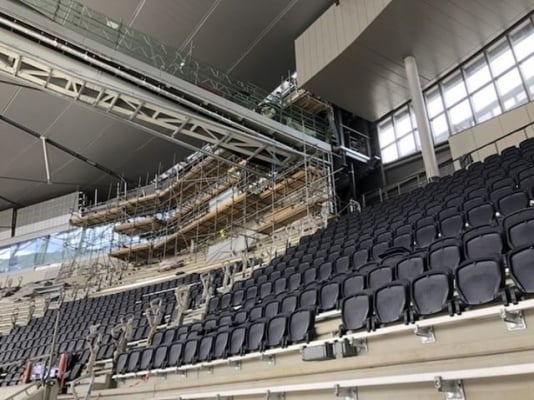 There may not be much going on currently on the Tottenham Hotspur transfer front, but the stadium is currently a hive of activity.

Earlier today, we were sent some photos which were taken inside the 62,062 seater stadium and give a glimpse of some sections which we have not seen before.

These include a shot taken underneath the south stand where the three sliding pitch trays will retract into the car park when not in use.

Elsewhere, there are photographs of the basement car park, stadium concourse areas and one from inside the seating area which looks upwards to the sky bar walkway.

The next test event will be held at the stadium on Sunday 19th August and is for staff and suppliers in respect of premium areas.