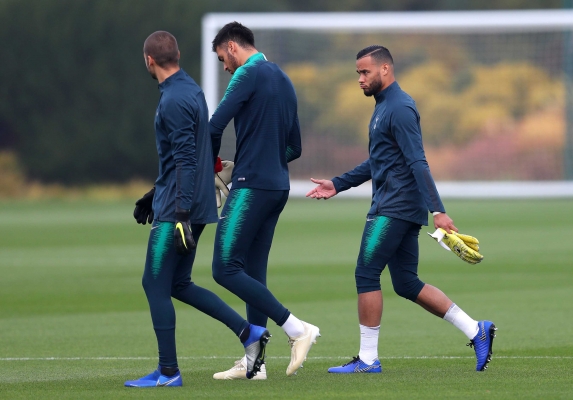 As what is now standard at training sessions the day before Champions League matches, the media were invited in to watch a portion of Mauricio Pochettino’s players being put through their paces.

Nothing less than three points will do for Spurs if they are to retain any hope of progressing through to the knockout stages of the competition. After three matches, they only have one point to their name following a draw with PSV and defeats to Inter Milan and Barcelona.

The open training session has allowed fans a glimpse of who is likely to be involved in the match due to the current injury crisis at the club.

Jan Vertonghen, Danny Rose, Eric Dier, Mousa Dembele and Victor Wanyama are all injured. Juan Foyth and Georges-Kevin Nkoudou were left out of the Champions League squad, while Hugo Lloris serves a one-match suspension for his red card against PSV.

We have included a gallery to show some of the best action shots from today’s session and who took part.

Report: Tottenham open talks with Serie A side for alternative to Cristian Romero

Fabrizio Romano reveals detail behind deal which could be a double...

Report: Tottenham open talks with Serie A side for alternative to...