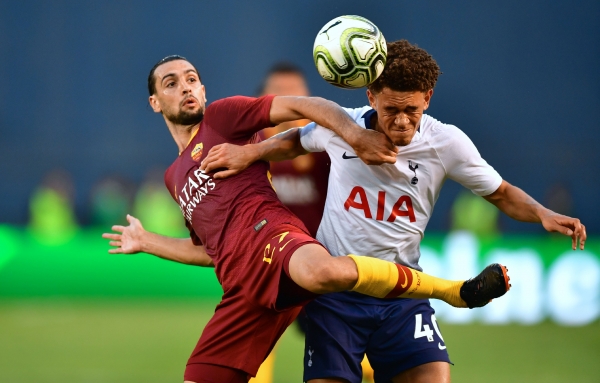 Luke Amos (R) of Tottenham Hotspur vies for the ball with Javier Pastore of AS Roma as Tottenham lead AS Roma 4-1 at halftime in their International Champions Cup match in San Diego, California on July 25, 2018. (Photo by Frederic J. BROWN / AFP) (Photo credit should read FREDERIC J. BROWN/AFP/Getty Images)