Home Media Gallery: Which Spurs players were spotted arriving at stadium ahead of Sheffield...
2
SHARES
ShareTweet 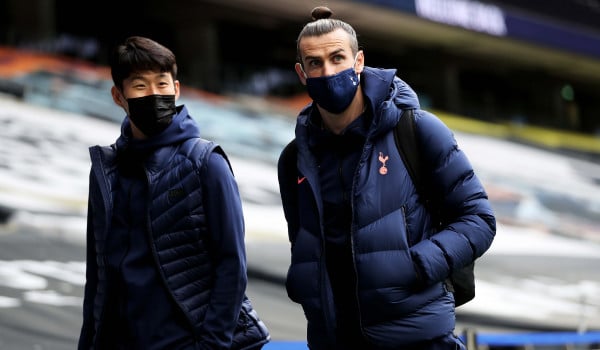 LONDON, ENGLAND - MAY 02: (L - R) Son Heung-Min and Gareth Bale of Tottenham Hotspur are seen wearing face mask's as they arrive at the stadium prior to the Premier League match between Tottenham Hotspur and Sheffield United at Tottenham Hotspur Stadium on May 02, 2021 in London, England. Sporting stadiums around the UK remain under strict restrictions due to the Coronavirus Pandemic as Government social distancing laws prohibit fans inside venues resulting in games being played behind closed doors. (Photo by Tottenham Hotspur FC/Tottenham Hotspur FC via Getty Images)

The Tottenham Hotspur players and the backroom staff including Ryan Masin have arrived at the club’s new stadium ahead of their Premier League clash against Sheffield United this evening.

Spurs fans will certainly be expecting their side to take all three points against the already relegated Blades.