The Tottenham squad were put through their paces by head coach Nuno Espirito Santo and his backroom staff earlier today ahead of Thursday’s Europa Conference League clash against Pacos de Ferreira.

Spurs head into the second leg of the play-off round looking to overturn a 1-0 deficit at the Tottenham Hotspur Stadium against the side which finished fifth in the Portuguese top flight last season.

It remains to be seen whether Nuno will play a strong side to avoid an embarrasing European exit, or will give some of his fringe and younger players the opportunity to redeem themselves. 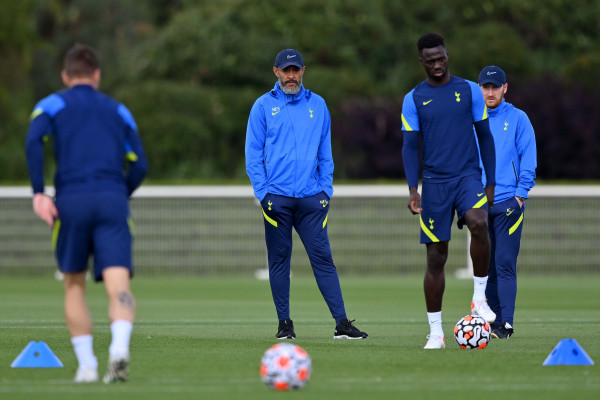 Among the players spotted taking part in the session were:

‘It’s almost not worth having the academy’ – Sherwood criticises Spurs

Gallery: Which Spurs players were spotted in today’s training session

‘Not sure about this guy’ – Ex-Spurs man on Luka Modric’s...