The Tottenham players have once again been put through their paces on a very hot and sweltering day at Hotspur Way.

Nuno Espirito Santo’s side were taking part in their last session before their second pre-season fixture, which will see them face Colchester United at the JobServe Community Stadium tomorrow evening.

Nuno is still without some of his senior players with Joe Rodon, Ben Davies, Harry Kane, Pierre-Emile Hojbjerg, Moussa Sissoko and Hugo Lloris still to report back following international duty. 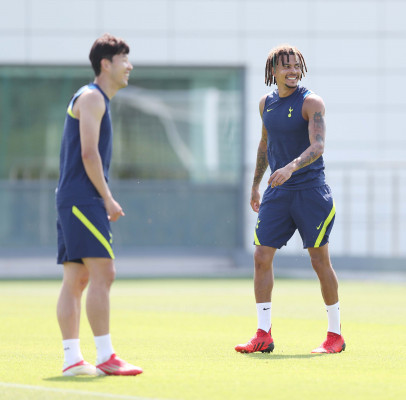 ‘Get out’ – Graham Roberts blasts Tottenham man for past comments

Some Spurs fans react to reports of player being handed new...

‘Get out’ – Graham Roberts blasts Tottenham man for past comments