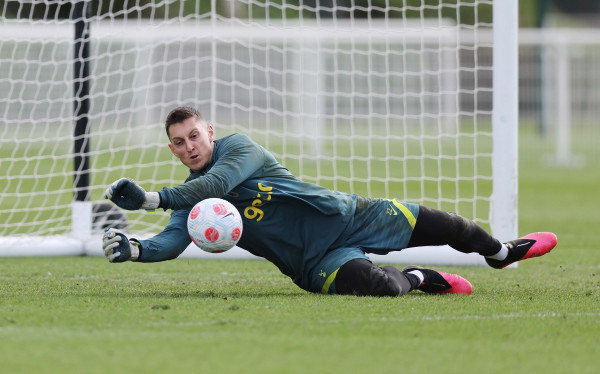 The Tottenham players were back on the training pitch at Hotspur Way earlier today as part of their preparations for the trip to Brighton in the Premier League on Wednesday evening.

Spurs will be looking to put the disappointment of the nature of the defeat to Manchester United on Saturday evening behind them with a must-win game at the Amex Stadium to keep alive their outside chance of finishing in the top four.

Set pieces have continued to prove a problem for Antonio Conte’s side in recent weeks which included Ronaldo’s winner at Old Trafford and is something that needs to be addressed.

Conte talked about having suitable time on the training ground with his players in between matches and with only 11 games left to play, the players really do need to start to iron out the silly defensive lapses we witnessed at the weekend.

Opinion: Rating every Tottenham player out of 10 for season so far

William Gallas reveals who is more likely to win the PL...